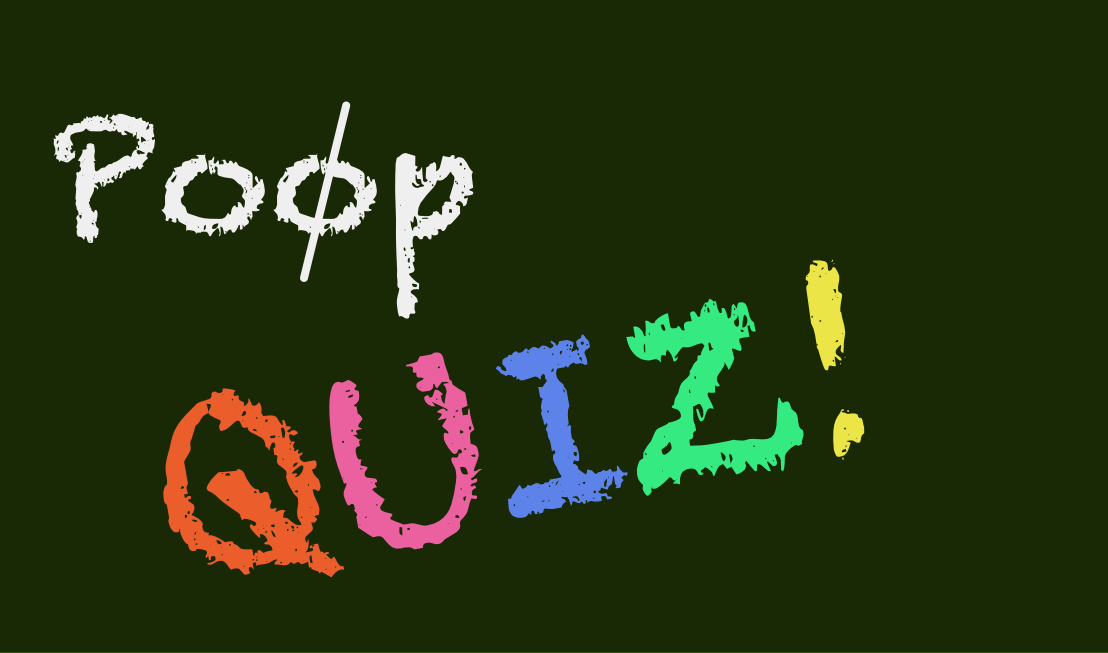 As these things go, screaming in the high end of falsetto while babbling incoherently and getting my nose licked by what is possibly the most deadly snake in existence* seems a pretty good place to leave off our narrative.

In the writing biz, it’s what we call a cliffhanger. So called because, back in the days when entertainment was serial, writers would often get to a point where the protagonist was in an impossible situation. One where you knew — just knew — there was no escape. And then end that installment right there.

If they’d done their job right (and, often, they really, really did), the viewers/readers would be desperate to know what happened next. It’s one of the better surefire tricks to bringing back an audience. Provided it’s done well.

Again, in the early days, this resulted with a protagonist or his trusty Gal Friday, or his feisty Love Interest, or his beautiful Damsel in Distress (are you sensing a pattern here?) actually hanging from an actual cliff. Or stick. See above.

Any Sort Of Delay Can Count As A Cliffhanger

When the next installment opened, the first thing to do was solve the cliffhanger and then move on with the story. Sometimes, though, the next installment would open and it would be torture because the emphasis would have shifted somewhere else, leaving people in suspense about what happened next.

That technique is called burying the lead. Of which, for those of you paying any sort of attention to these posts, you can see an example right here.

I do this to make an important point. Not simply because I’m an inconsiderate bastard who delights in pulling the wings of flies. I mean, I am, but that’s not why I’m doing this right here. It’s just I thought it was about time you and I touched base and talked a bit about craft.

You’ll notice that, in all the bits, pieces and full stories I’ve posted so far, there always has been at least a few moments during which you’ve at least cracked a smile. Or maybe paused for a grin. Or something.

My stories tend to have a bit of humor in them despite my best efforts. (Even pieces I’ve written about surviving a heart attack and another about watching my mother die have funny moments in them.)

I do this for a number of reasons. Many of which I will elucidate below in handy, bulleted form.

See, we all like to laugh at someone else. When someone falls down, or gets hit in the head 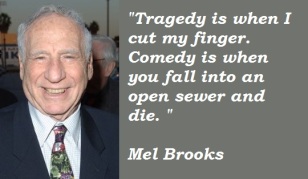 by a ladder while their friend is turning around, that’s slapstick. That’s funny. (That’s debatable, as not everyone likes The Three Stooges) As comedian/writer/director/author Mel Brooks put it:

Yes, that man is a genius. He also explains why so many memoirs or personal essays that have comedy in them tend to be about the author and also tend to have most of the jokes being played do so at the expense of the author.

We like to laugh at someone else, but (and this is important) then we often will start to feel guilty. We’ll especially start to have bad feelings about the person who’s doing most of the pointing and laughing. To wit: the author.

However, when you’re pointing and laughing at yourself. . . Well, that gives permission to people for them to laugh at you also. And that’s good. We want people to laugh at the things we write that are funny. And, since most of my things tend to be (my attempts at being) funny, that is a good thing.

It also makes my life a lot easier because I do a lot of stupid stuff that makes people laugh at me when I tell them. Funny how that works out, yes? Different kind of funny that.

Until next time, friends. . . Take care of yourselves.

** Okay, it definitely isn’t. In fact, as it turns out, the snake’s not even venomous. The above sentence (way above) is an example of what some people call my marked tendency toward exaggeration.***

***By others I’m called a liar, a damn liar and a statistic. That was my only math joke.

*!* Oh, like you didn’t see this one coming from a mile away.

One thought on “Pop Quiz”